Nowadays there is a great division between rich and poor people and it is quite obvious. We usually judge the people’s fortune basing on some material things they own, for example cars, houses, yachts or etc.

But the main thing is the difference between the minds of poor and rich people. Theythink differently. Let us understand what are the brightest traits of these two types of people. 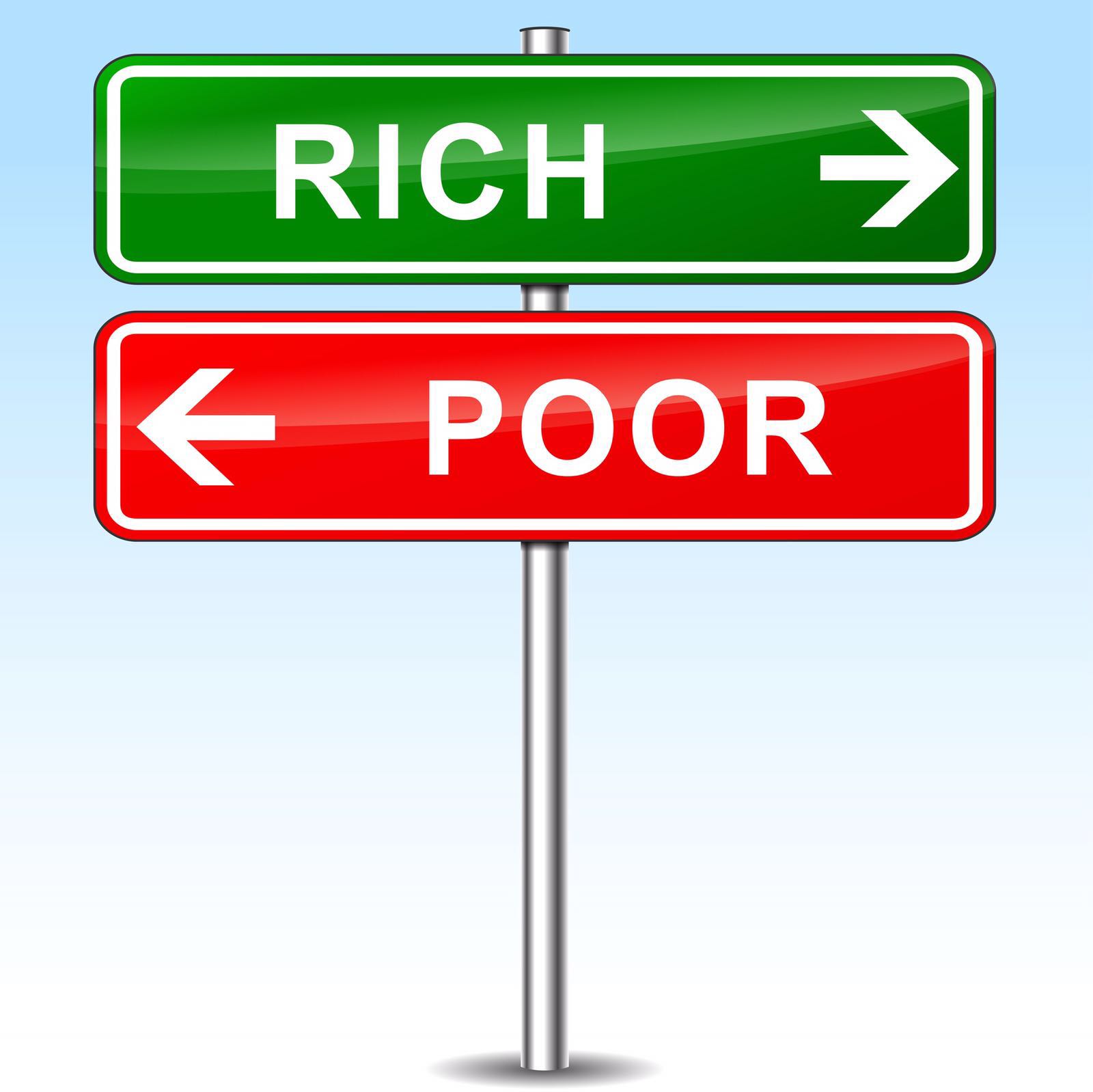 Rich people invest in winning, poor people try not to lose. The rich want to benefit as much as possible, and they do their best for it. And poor people are lucky if they benefit even a little.

Poor people want to be rich, but usually they do nothing for their aim waiting for the wealth to fall on their head. Rich people are strong in their wills and they are absolutely sure that they want to succeed and they do everything they can. They work 24 hours 7 days a week if needed, they put their work on the first place in their life and that’s why they finally achieve their goals.

Poor people see difficulties and problems that can appear, rich people see opportunities and interesting challenges even in some hard times. The rich don’t give up and don’t stop moving to their aim because of some problems. Solving of problems make their will to succeed even stronger than before.

Rich people usually are very good promoters, they can promote everything from their ideas to their products, poor people are usually much less confident and that’s why they can’t promote themselves.

Poor people will do everything to avoid problems. If opening their own company can cause some problems and difficulties they better don’t open it at all. For rich people their problems are like missions in a game – they make the game more interesting and exciting.

They don’t use money in the same way. Rich people invest in new projects and fresh ideas to make money work on them, as long as poor people are working on money and they don’t invest but use money buying useless things without thinking about future.

Rich people save money and try to use them as productively as possible, although they can afford to buy a lot of things. Poor people don’t save money and buy almost everything they can.

There is a great difference between these two types of people and even existing bank account is not enough, because if you think like a poor you will lose all the money. It’s your choice how to live and if you want to become rich you have to live like a rich and then you will succeed!

One thought on “Rich people vs poor people: the main difference”